MECHANICAL SOULS is a multi-segmented narrative VR series written by L.P. Lee and Gaëlle Mourre, directed by Gaëlle Moure, presented by Digital Rise (France) & Serendipity Films (Taiwan), in association with DVgroup, Google JUMP, SGO and Kaohsiung VR Film Lab. The Pilot episode is having its World Premiere today at at the 2019 Sundance Film Festival in the New Frontier section.

The director, Gaëlle Moure says that the story strongly features technology so it made sense to explore a format that could reflect its content. “I was convinced that VR was the right platform for many reasons, one of them is that VR actually generates a lot of empathy from the viewer. As, at its core, Mechanical Souls is a very human story, it makes complete sense to harness this and by doing so, making good use of the medium’s natural immersive potential,” described the director.

Creators of MECHANICAL SOULS wanted to achieve a specific look with very high-quality images, explained Francois Klein, VR-360º producer at DV Group, the major immersive studio from France that provided the France financing and technology to support Gaëlle’s vision of the project. “Today, VR still suffers a lot from low-quality images but even if the quality is high enough, the style is very realistic, close to a documentary approach. MECHANICAL SOULS is clearly a work of fiction, taking place in a futuristic universe. It was calling for a stylish, cinematographic look,” said Francois Klein. “The whole crew are experienced technicians that have been working with traditional filmmaking. It was essential to give them the tool that would enable them to show the full extent of their talent.” 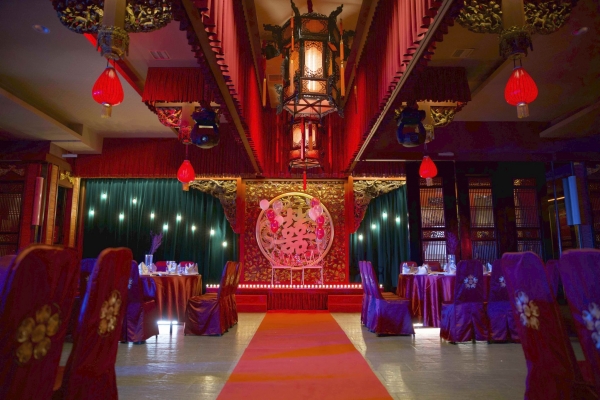 “Mistika Boutique enabled us to work from the initial footage without losing any quality in the process and perform complex and subtle color and image corrections. Being in a stereoscopic workflow, Mistika Boutique allowed us to focus alternatively on each eye or the overall S3D image,” continued Francois Klein and added that they were also impressed with the rendering power and speed. “Using just a regular computer we were able to render the different parts of the film (as it is an interactive narration) faster than what we thought. Initially we planned on using the multi-render capability but in the end, it was not needed.”

SGO is a Spanish high-end technology company with decades of experience in developing and integrating high-end post-production solutions. Their award-winning Mistika Ultima post-production Hero Suite has achieved market notoriety for developing customized post tools and workflows for many of the industry leaders all around the world. Built on years of research, development and production experience, Mistika Technology empowers users with new levels of creative power, performance, and efficiency in HDR, UHD/4K, 8K, S3D, and VR workflows. As part of its Multidimensional Workflow Concept, SGO has started to slice chunks of its globally-acclaimed Hero Suite Mistika Ultima to address specific industry needs and develop advanced workflow applications, with Mistika VR being the first one.

The next one to arrive is Mistika Boutique, a completely scalable, truly interactive and totally resolution independent post-production software solution, offered in a single application, exclusively available on a subscription basis through the SGO Shop.

The pre-release of Mistika Boutique will be available soon and open for everyone. As a member of the SGO’s Open Beta program, you will be able to take part in shaping Mistika Boutique software by test-driving pre-release versions and letting us know what you think. You can already register your interest HERE.

*Mistika Boutique for Mac will be released in Q4 2019.

In a sumptuous traditional Chinese hotel, an impressive wedding is about to take place. Mrs. Song has finally managed to find a good match for her daughter Zhen Zhen: the heir of the rich Zhang family. Always keen to be on the cutting edge of… everything, Mrs. Song hires human-like androids to be part of the wedding party (courtesy of Mrs. Zhang’s wallet). In the role of lead bridesmaid, Mrs. Song hires a beta model android: Ah-Hui, the newest generation female android. Delighted with their new distraction, Mrs. Song, and later, Mrs. Zhang, blithely plays around with Ah‑hui’s settings, unaware of the changes happening within Ah-hui’s nascent mind.

Mechanical Souls’ story unfolds within a unity of time (the preparation and duration of the wedding) and a unity of place (the hotel where the event takes place), around 8 main characters. Those characters mix and meet, experiencing the same events but each with a different take on things, building up a common experience from their personal stories.

Mechanical Souls is set in a near future society where human-like androids have become a part of everyday life. A marker of wealth, they are the ultimate human helper. Aside from that, not much has changed from today in our Mechanical Souls universe. Family dynamics, inter-generational rapports, societal pressure to partner up and marry, and overall questions on ethics remain key drivers in our storyworld. The reason for establishing Mechanical Souls in an alternative future was to displace the familiar, and in doing so, give the viewer enough space to think about the story’s core issues, which are our own current day issues. We use the androids in the story to hold a mirror up to our own human behaviour and bring attention to the excesses we are subject to when we think our actions don’t matter or simply because we think we can get away with things.

This site uses cookies: Find out more.
Go to Top